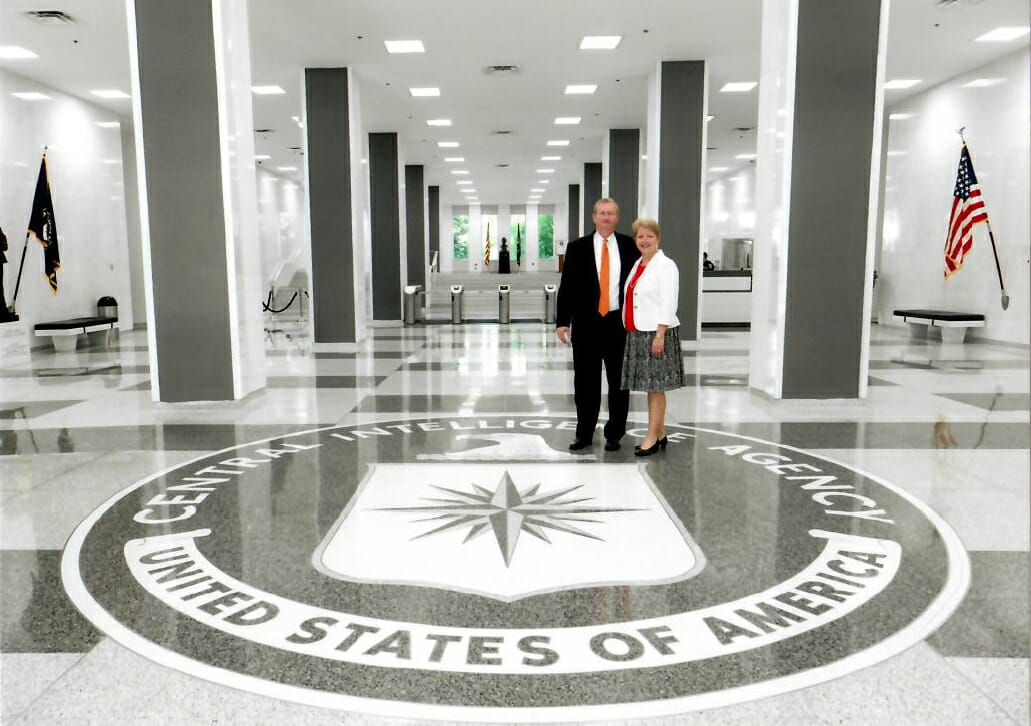 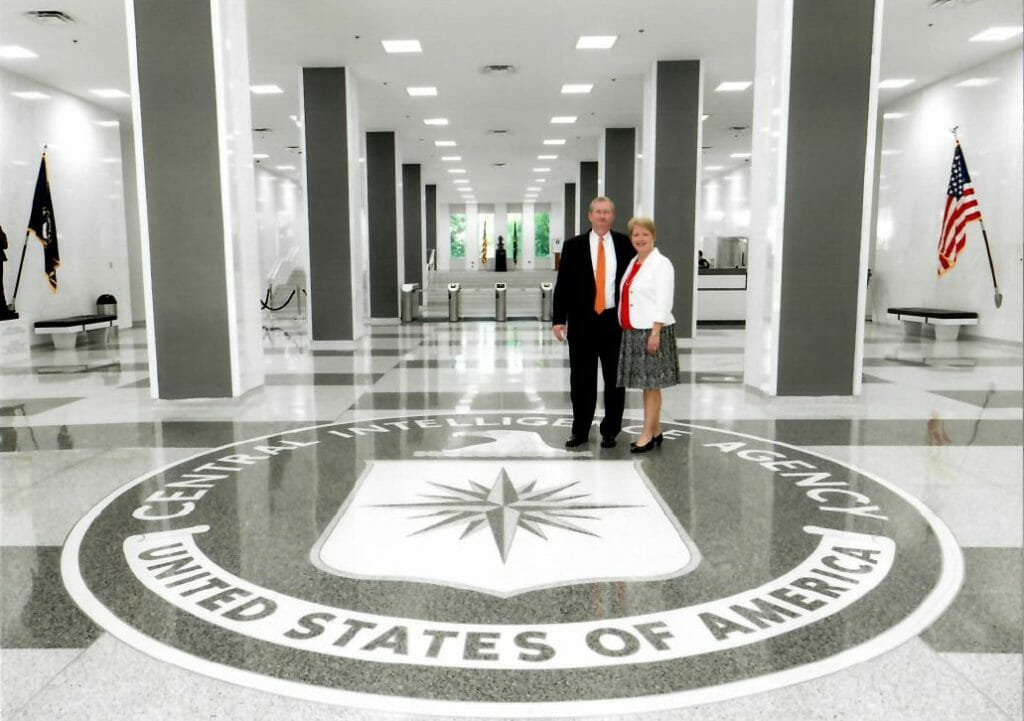 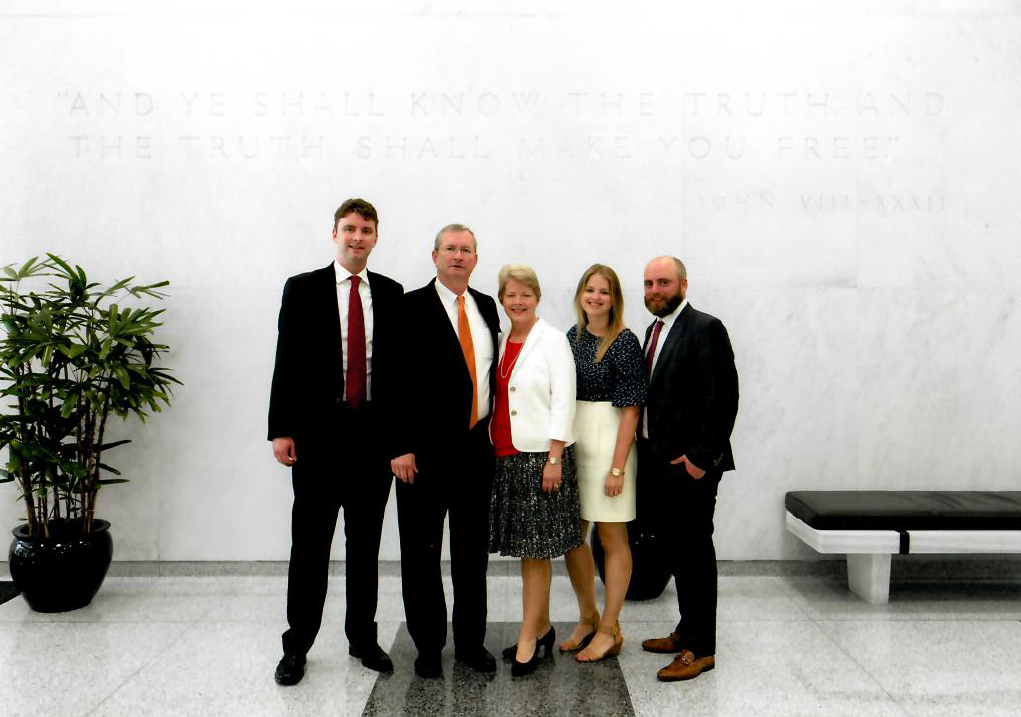 Professor Pope invited a number of his former students now working in Washington D.C. to the ceremony. In addition to family, friends, and Agency colleagues, some of whom are pictured above, the former Director of NGA and current Chairman of INSA, Tish Long and the current Director of the National Security Agency and Commander US Cyber Command, ADM Mike Rogers attended the ceremony. 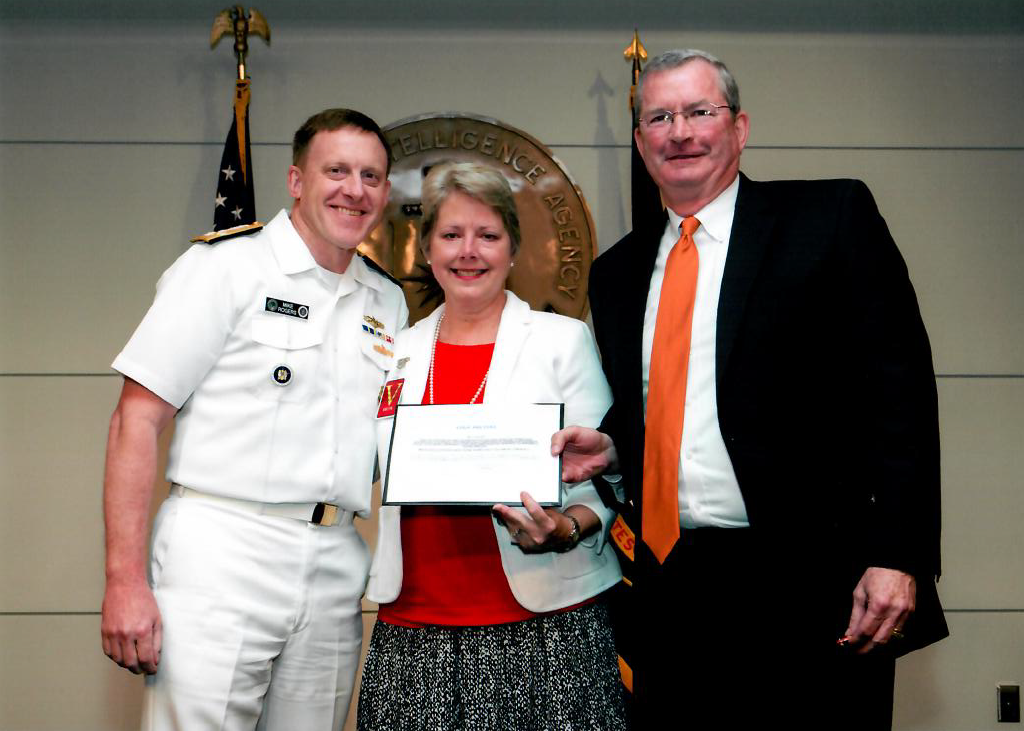 Professor Pope also surprised his wife, Pamela, with her own “award” for service to America. This was presented by ADM Rogers.

The citation that accompanied the DCIM read:

“J. Paul Pope is hereby awarded the Distinguished Career Intelligence Medal in recognition of his exemplary service and indelible contributions to the Central Intelligence Agency. Throughout his twenty-eight year career, Mr. Pope helped the Agency envision future challenges, new ways of doing business, and the means to stay ahead of its adversaries. He consistently accepted complex and difficult assignments, both in the foreign field and at home, working to build multi-disciplinary teams in each location. He also served the greater Intelligence Community in positions that enabled him to effectively integrate the capabilities of carious arms of government. Mr. Pope leaves a lasting legacy on the Agency’s business practices and had a tangible hand in many of its key successes that reflect great credit on him, the Central Intelligence Agency, Intelligence community, and the Federal Service.”

Congratulations, Paul, from your colleagues at the ISP, Strauss, and Clements Centers! 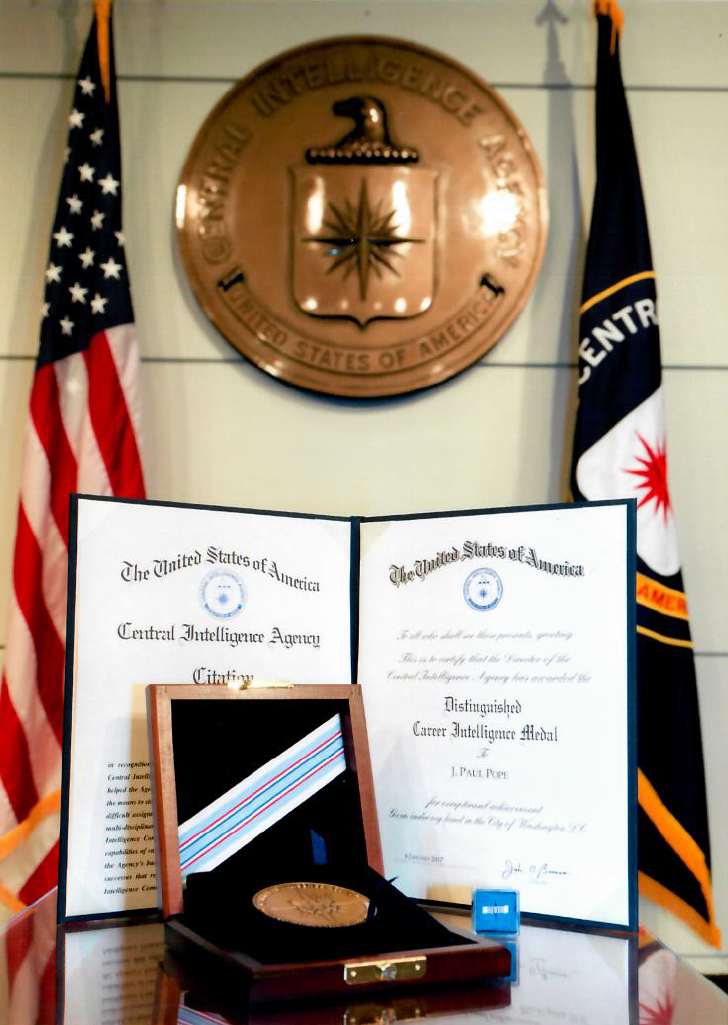