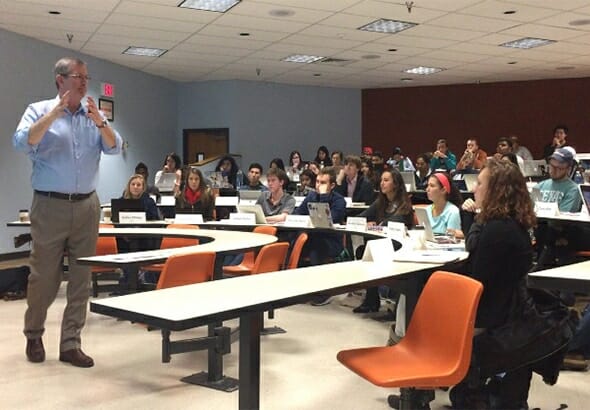 As finals week approaches, ISP Senior Fellow Paul Pope is wrapping up the first running of a unique UT Austin course in intelligence that was open to all undergraduates. “Intelligence and National Security Decision-Making,” sponsored by ISP and the LBJ School of Public Affairs, gave UT undergraduates the opportunity to study in depth intelligence and national security policymaking.

Professor Pope’s syllabus for PA 325 approached intelligence studies in an innovative way, making the content both interdisciplinary and engaging. During the semester, the large group of undergraduates engaged with guest lecturers from several different parts of campus, including distinguished professors from the Law School, LBJ School, and History Department. A number of former senior intelligence officers and diplomats also traveled to Austin to meet with the students. 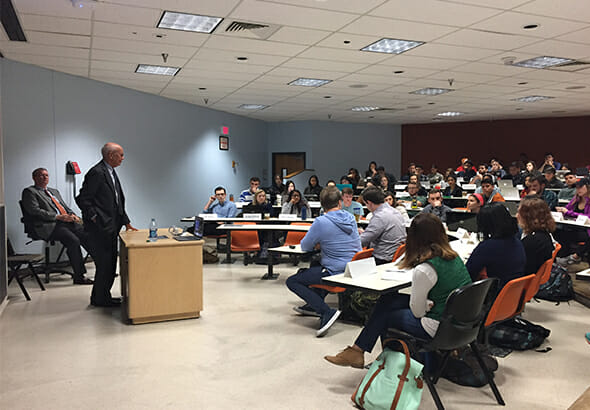 In addition to the intelligence and national security topics covered in the class, the students themselves represented many different personal and academic backgrounds. Students of all ages and disciplines – including veterans and foreign students – met in UTC each Tuesday and Thursday with Professor Pope and each other.

In-class learning experiences were not, however, the only opportunities for students to expand their knowledge of the intelligence discipline. During the semester, Professor Pope and the ISP sponsored several relevant events for the benefit of students. In February, Professor Pope hosted a movie night at the LBJ School where students viewed a screening of Thirteen Days. Participating students discussed the film afterwards, analyzing themes and events using the skills they had been learning in class. Selected PA 325 students were also able to attend a dinner with Ambassador Tom Schieffer, who traveled from Fort Worth to lecture in the class. 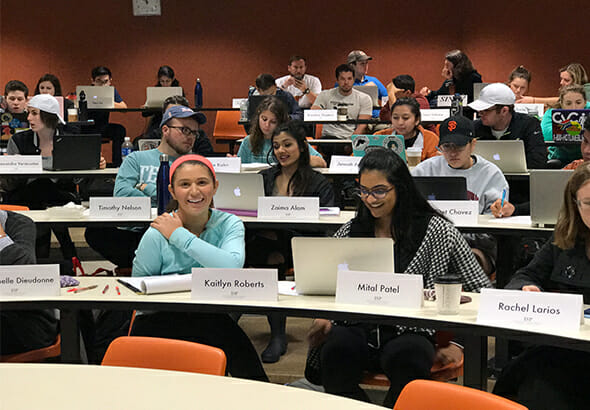 Students were given opportunity to attend ISP’s annual symposium and hear from officials like the Director of the FBI and the White House Homeland Security Advisor. Professor Pope spent hours outside of class with PA 325 students during office hours. His willingness to explain concepts, mentor, and offer guidance to each student on an individual basis made all the difference for students in the course.

“Intelligence and National Security Decision-Making” provided an opportunity for a larger number of UT undergraduates to explore the complex and often controversial intelligence discipline. Students interested in careers in public service were able to build a foundation in the discipline, while others will be better informed about activities the government undertakes to keep the Nation safe.

ISP will sponsor several academic and research oriented courses for graduate students in the Fall Semester of 2017, but our aim is to build on the success of PA 325 and offer a similar course to UT undergraduates as early as the 2018 Spring Semester.