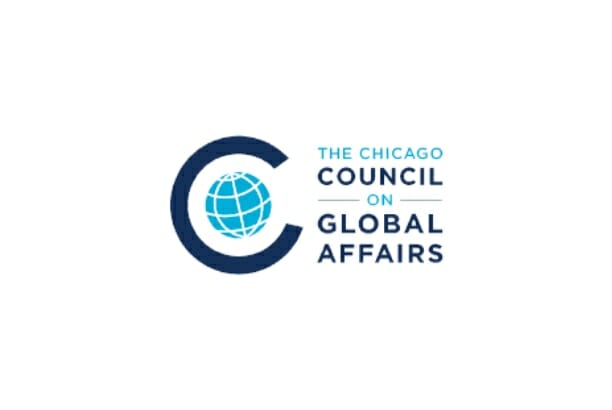 The 2019 survey confirmed broad public support for the US intelligence agencies notwithstanding a reduction in transparency and persistent antagonism expressed by the current president and his allies. The full report, including supporting data, is available at https://www.thechicagocouncil.org/publication/public-attitudes-us-intelligence.

Data gathered in UT-Austin’s third annual survey of public attitudes on US Intelligence confirm that most Americans believe our intelligence agencies are necessary and make vital contributions to national security. This level of support does not appear to be impacted by the Intelligence Community’s (IC) reduced public engagement or the continued criticism of national security agencies by President Donald Trump. The IC still faces a challenge persuading Americans that it respects their privacy and civil liberties. Relatively few Americans understand the institutional framework for supervising and overseeing these powerful and secretive organizations.

Key Takeaways from the 2019 Survey

• A growing majority of Americans believe our intelligence agencies play a vital role in protecting the nation. Support for this view was strongest among older Americans but the level of confidence increased in all age cohorts. There is no evidence that the President’s persistent attacks impacted the public’s attitude toward US Intelligence. Indeed, support for the IC among Republicans polled increased over the three-year survey period.

• An overwhelming majority of Americans regard US intelligence agencies as effective in accomplishing their assigned missions with 8 in 10 crediting the IC with preventing terrorist attacks and successfully uncovering the plans of our adversaries.

• Only half of respondents believe that the intelligence agencies effectively safeguard Americans’ privacy rights and civil liberties while pursuing their missions. This concern is widespread even among the IC’s strongest and most knowledgeable supporters.

• The number of Americans who believe IC agencies should respect the privacy of foreign nationals to the same degree as US citizens declined generally but that sentiment remains popular with Democrats and younger respondents. Fewer than half of those surveyed believe they will be required to sacrifice personal freedoms to remain safe from terrorism.

• A strong majority of Americans believe the IC could share more information with the public without compromising its effectiveness.

• Americans remain uncertain about which government officials or institutions are principally responsible for supervising and overseeing our intelligence agencies. 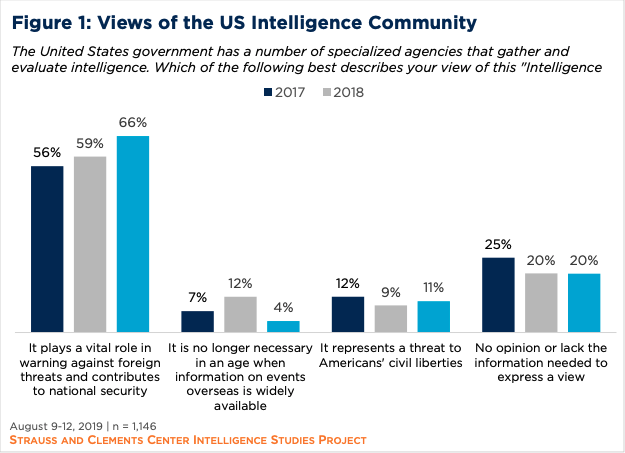