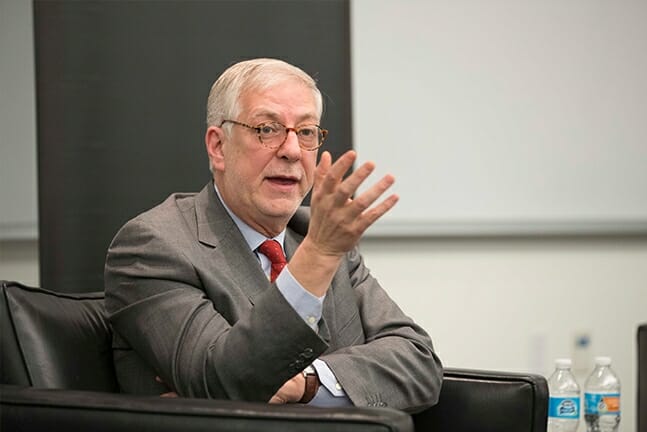 Read more about the event below, and visit the Strauss Center website for more details, video, and photos of the event.

On January 30, the Strauss Center was thrilled to welcome Guillermo Valdes Castellanos, former Director of Mexico’s National Intelligence Agency (CISEN), and David Shedd, former Acting Director of the Defense Intelligence Agency (DIA), for a conversation on “Evolving Threats and Capabilities: The Future of Mexican Intelligence Agencies”. The conversation provided the speakers’ unique perspectives and broader historical context on a few subject areas: the past, present, and future of the U.S.-Mexico relationship; the evolution of Mexico’s intelligence and security apparatus; and Mexico’s most pressing security challenges today. 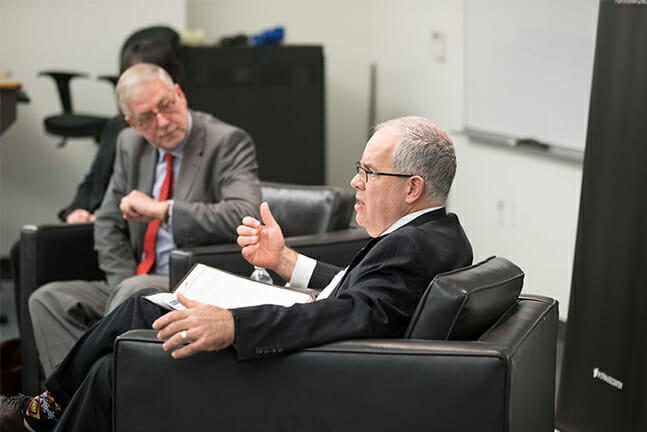 The speakers provided an overview of the history of the two countries’ relationship, characterizing it as complex and mutually beneficial. They discussed U.S.-Mexican collaboration as vital to the economies and political stability of our nations, and expressed concern over the new chapter in relations that has followed President Trump’s inauguration, and the most recent tumult of the President Peña Nieto’s canceled visit. Valdes provided insight into Mexico’s dilemma of how to address a confrontational relationship with Trump, and pointed in particular to changes in U.S. immigration policy and the renegotiation of NAFTA. Valdes and Shedd agreed that both countries would be injured by a deteriorating relationship, and that even if a secure wall is built, if Mexico does not cooperate, we will not have a safe border. 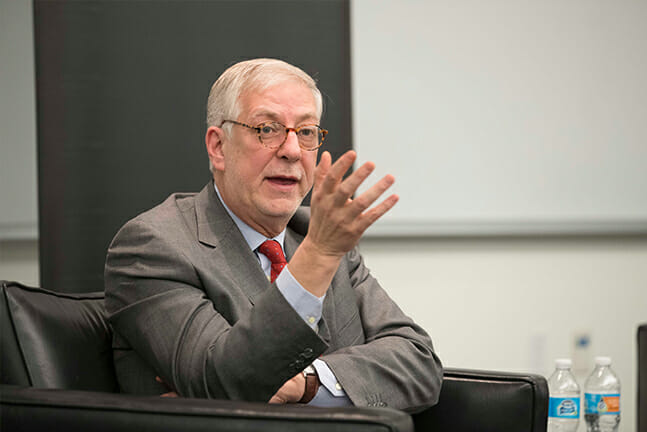 Valdes also reflected on his earlier career under the Calderon administration. When he was named Director of CISEN in 2007, the Mexican intelligence agency had been under-resourced. He found President Calderon to be supportive in helping CISEN modernize and grow. Valdez reflected on the progress made in the subsequent years as CISEN was given a strategic role in reporting to the security cabinet. Valdes also discussed Mexico’s most pressing security challenges, noting that while organized crime dominates this conversation and is undeniably one of its greatest risks, it’s not the only one. Pointing to the unrest in Central America, he observed that Mexican national security is intrinsically linked to the political stability of its neighbors. 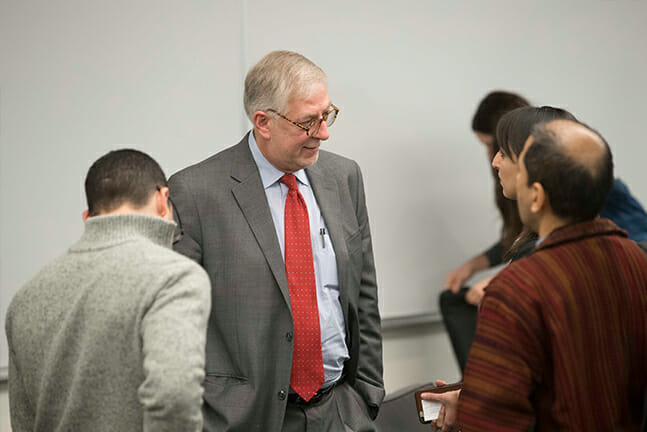 Guillermo Valdes was the Director of Mexico’s National Intelligence Agency (CISEN) between January 2007 and September 2011. As a member of Mexico’s National Security Council and the National Public Security Cabinet, his most important responsibilities included coordinating the efforts of both bodies to generate information to be used in the drafting of research, assessments, and strategic scenarios on issues contained in the national security agenda. He coordinated jointly with President Barack Obama’s National Security Advisor John Brennan the Mexico-US High-Level Consultative Group on cooperation for security. He is the author of Historia del Narcotrafico en Mexico (The History of Drug Trafficking in Mexico) (Aguilar, 2013).

Before joining the CISEN, for 13 years he directed the area of politics and opinion surveys at Grupo de Economistas y Asociados, S.C. Some of the projects he developed in that capacity included a governability analysis model for the generation of political, economic and social scenarios. He began his professional career in the public sector, where he worked in various departments of the federal government (Presidency of the Republic and the ministries of Planning and Budgets, Social Development and Public Education) primarily as an advisor to the heads of those departments and in matters of public policy design.

Mr. Shedd previously served from May 2007 to August 2010 as the Director of National Intelligence (DNI) Deputy for Policy, Plans, and Requirements, where he was responsible for overseeing the formulation and implementation of major Intelligence Community (IC) policies across the full spectrum of issues, from information sharing and IC authorities to analytic standards, among others. In particular, he led the review of Executive Order 12333, the foundational U.S. intelligence policy, which was revised by President George W. Bush in July 2008. Additionally, Mr. Shedd developed and implemented a National Intelligence Strategy, published in August 2009 for the IC and led all strategic planning efforts to determine future intelligence priorities for the Community and the Nation.

From 1984 to 1993, Mr. Shedd was posted overseas in the U.S. Embassies in Costa Rica and Mexico. Mr. Shedd has also held a variety of senior management assignments at the Central Intelligence Agency, including Chief of Congressional Liaison.