Fall 2016 Letter from the Director 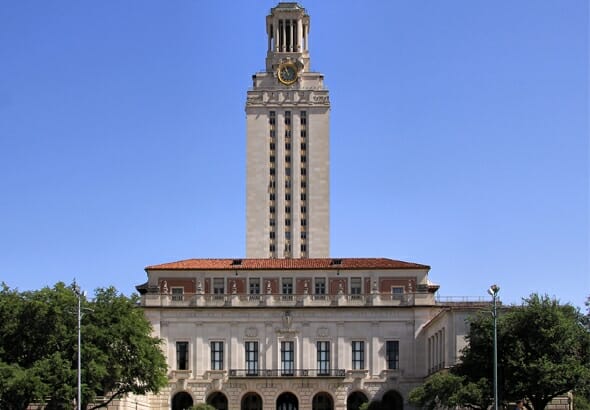 The students have returned to the 40 Acres, the Longhorns vanquished Notre Dame on the gridiron, and the Clements-Strauss Intelligence Studies Project’s second academic year of programs is underway.  In an active first year, we diversified our course offerings, produced policy-relevant research, and hosted public discussions of important current intelligence issues.

Professor Will Inboden and I teamed to teach a yearlong ISP-sponsored Policy Research Project for LBJ School students.  The Office of the Director of National Intelligence was the “client” for this broad-ranging study on “Intelligence in American Society” that the student authors briefed to IC leaders in Washington, D.C. in May.  Generous support from Larry Hirsch helped provide this singular opportunity to the students.

In addition to the PRP’s research, the ISP sponsored a second-annual Bobby R. Inman Award competition to recognize outstanding student scholarship in intelligence.  From more than 150 strong submissions, we recognized with cash awards one winning paper and two semifinalists.  The ISP also mentored a Brumley Next Generation Fellow, dual UT Law and LBJ School student Eric Manpearl, who recently published a timely paper on the intersection of intelligence and US presidential politics.

The Spring Semester closed with a memorable dinner honoring our colleague Admiral Inman and launching the Inman Chair in Intelligence Studies to support future ISP programs.  Former DCI and Secretary of Defense Robert Gates and former CIA Director Mike Hayden both offered remarks, with Gates challenging us to grow one of the best intelligence programs in the country and “to prepare UT students to become the next generation of intelligence professionals and leaders.”

The coming year promises to be still more active and productive.  The ISP will expand its instructional faculty, sponsor an “Intelligence and National Security” course at both the undergraduate and graduate levels, diversify its research, and reinforce UT’s growing reputation as an active participant in debates over US intelligence and national security policies.  To this end, the ISP is slated to play a central role in coordinating intelligence activities within the new Texas National Security Network announced last winter by UT-System Chancellor William McRaven.

The ISP has redoubled its commitment to addressing the serious challenge our intelligence community faces in diversifying its workforce to more closely reflect American society – – and to better understand a complex global environment.  We partnered with the University’s Division of Diversity and Community Engagement on a well-attended recruitment event with John Brennan, sponsored a talk on “Thinking Differently about Intelligence” by former CIA official Carmen Medina, and contributed to the Clements Center for National Security’s “Women in National Security” speaker series.  While continuing these activities in Austin, the ISP plans to use its role in the UT-System’s National Security Network to promote greater inclusion in the intelligence profession.

Our Fall Semester program kicks off on September 22-23 with a return visit to campus by Director Clapper, who will deliver keynote remarks at the Texas National Security Forum jointly organized by the Clements Center and the Robert Strauss Center for International Security and Law.  I am looking forward to moderating a discussion among Director Clapper, John McLaughlin, and former CIA Inspector General John Helgerson of the IC’s support to the nominees, president-elect, and overall process of transitioning national security responsibilities between administrations.  In October, we are expecting former CIA Deputy Director for Operations Michael Sulick, scholar and former Senate Select Committee on Intelligence Staff Director Gary Schmitt, and Leslie Ireland, the Assistant Secretary of Treasury for Intelligence and Analysis.  Please check the ISP website for upcoming events.

I sincerely appreciate the support of the ISP’s many friends in Texas, Washington, D.C., and elsewhere.  We are especially grateful for the generous support of the Bradley Foundation, whose recent grant will help sustain our initiatives this coming year.  Please plan to participate in one of our events and contact me directly with your comments or suggestions.

The University of Texas at Austin
sbslick@austin.utexas.edu