A Conversation on National Security Leadership with Marc Thiessen

The Intelligence Studies Project, along with the Strauss and Clements Centers, hosted Marc Thiessen on February 23 for a lunchtime talk. Marc Thiessen is an AEI Foreign and Defense Policy Scholar, and formerly served as Chief Speechwriter to President George W. Bush and Secretary of Defense Donald Rumsfeld. He is the author of Courting Disaster: How the CIA Kept America Safe and How Obama is Inviting the Next Attack. 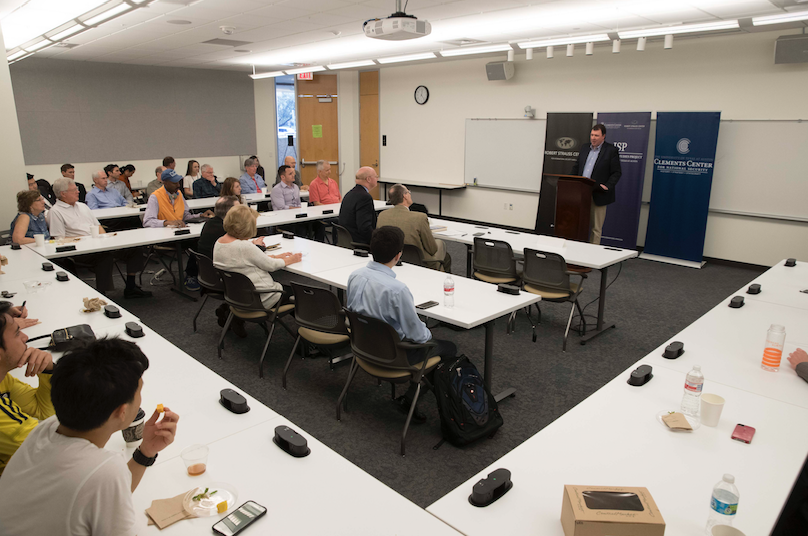 Marc Thiessen worked closely with ISP Director Steve Slick in the George W. Bush administration – Mr. Thiessen as a speechwriter and Director Slick as an intel officer. To kick off his talk, Mr. Thiessen discussed how this collaboration came to be, as it had been unprecedented. Mr. Thiessen explained how President Bush’s approach to intelligence was that he really wanted the American people to understand what was happening with the War on Terror. So much so that the President specifically requested that the Intelligence Community and the speechwriters work together to craft informational speeches to keep the American people abreast to the War on Terror. 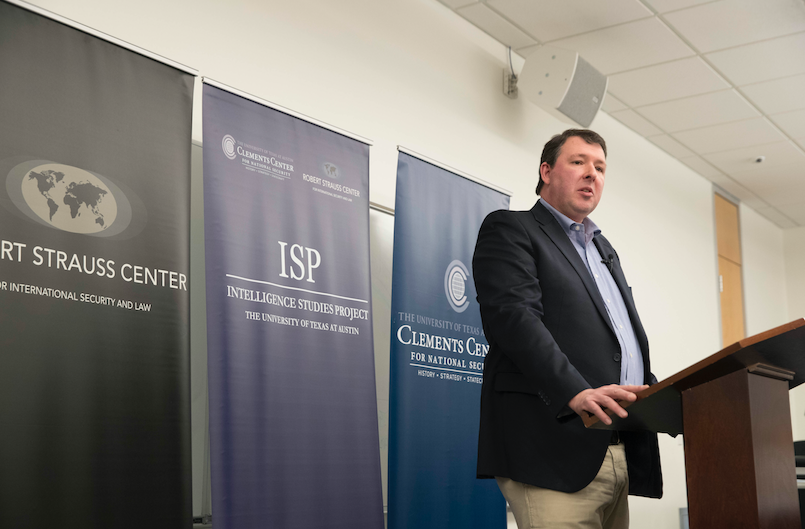 In addition to his time as a speechwriter for President Bush, Mr. Thiessen also wrote for Secretary of Defense Donald Rumsfeld. Mr. Thiessen told the audience about his experience on September 11, 2001, when he was present in the Pentagon as it was attacked. Shortly after the attacks on 9/11, Mr. Thiessen was traveling around the world with Secretary Rumsfeld, visiting sites in Afghanistan to understand the war that had just begun.

Based on his previous experiences in the Bush administration, Mr. Thiessen has spent the years since further developing his knowledge on foreign and defense policy. Now housed at the American Enterprise Institute, Mr. Thiessen also writes for several online outlets such as The Washington Post. He also has authored his own book, which, as he explained, digs deeply into some of the issues to arise out of the Iraq War. 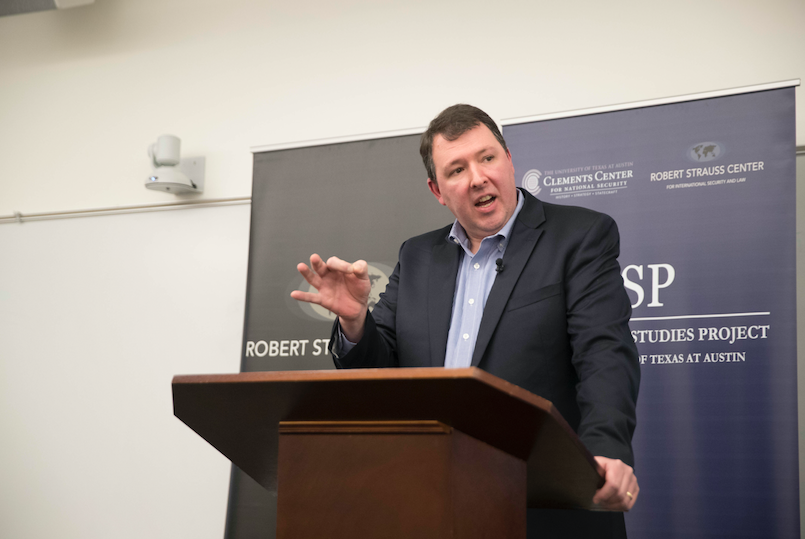 Mr. Thiessen also discussed some of his biggest areas of concern in national security and defense in the coming years. The main dangers he mentioned all start with one point: what will a Commander-in-Chief with very little experience do when faced with leading America into large world conflicts that cannot possibly be anticipated today?

The possibilities for new or resurging conflicts are endless, and current and former national security scholars and officials are all asking what the new president will do in the face of unprecedented knowns, known unknowns, and, most disconcerting, unknown unknowns. Mr. Thiessen commented that the US Government’s feckless response to terror in the last eight years has likely emboldened other actors around the world – some of which we cannot even identify yet. 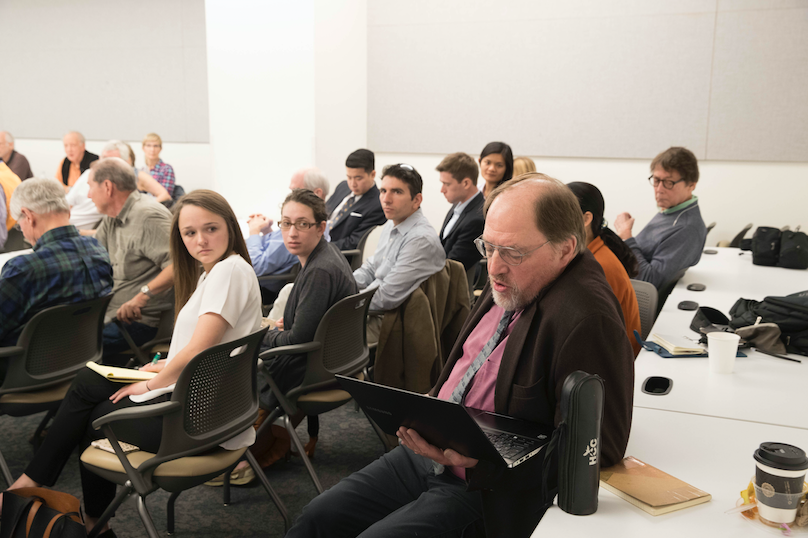 Mr. Thiessen spent the last thirty minutes of his talk addressing some of the audience questions. One of which was quite simple, but possibly the most difficult to answer: how do we define victory in this war? Mr. Thiessen explained how complicated answering this question truly is. The War on Terror, or the War on Radical Islamism, is not against any one nation-state, and there is not a precedent set for how to truly win a war like this. Victory, Mr. Thiessen remarked, will only occur when there are no longer any safe havens, anywhere in the world, from which terrorists can plan attacks on the United States.

More photos of the event are available here.

Marc Thiessen is a writer and commentator whose work has appeared in dozens of leading publications, including the Washington Post, Wall Street Journal, Los Angeles Times, USA Today, Foreign Policy, Weekly Standard, National Review, New York Post, and Cigar Aficionado. He is a Visiting Fellow at the Hoover Institution, and appears regularly on Fox News, CNN, the BBC, C-SPAN, and talk radio.

Mr. Thiessen is a graduate of Vassar College, and completed additional post-graduate studies at the Naval War College. He is a life member of the Council on Foreign Relations, and in 2004 was awarded the Pentagon’s highest civilian honor: The Department of Defense Medal for Distinguished Public Service.