Espionage by Americans from the Revolutionary War to the Present

On October 12, 2016, the Strauss Center and the Intelligence Studies Project hosted Michael Sulick, former Director of the Central Intelligence Agency’s National Clandestine Service and Chief of CIA Counterintelligence. Based on his books Spying in America and American Spies, Mr. Sulick discussed incidents of espionage directed against the US, with a particular focus on how American beliefs shape our attitudes towards—and ability to detect—espionage. 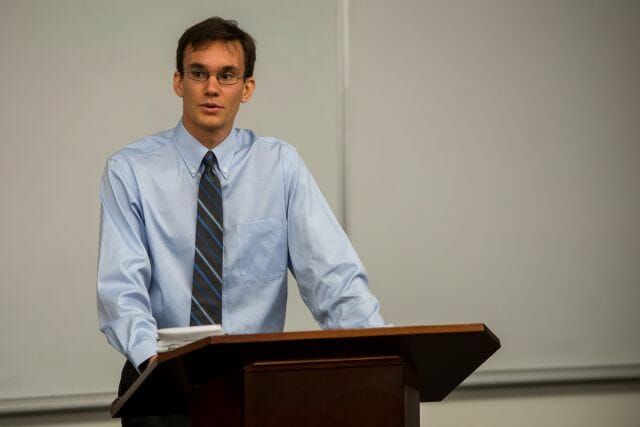 Mr. Sulick emphasized disbelief as the common thread in all the espionage cases he discussed. He saw this disbelief as stemming from both a powerful national ideal and a relative absence of threats, particularly early in the American experience, that shaped a sense of invulnerability. The ideational legacy of the “shining city upon the hill” made it challenging for regular Americans to accept that their neighbors or colleagues would willingly betray the state. 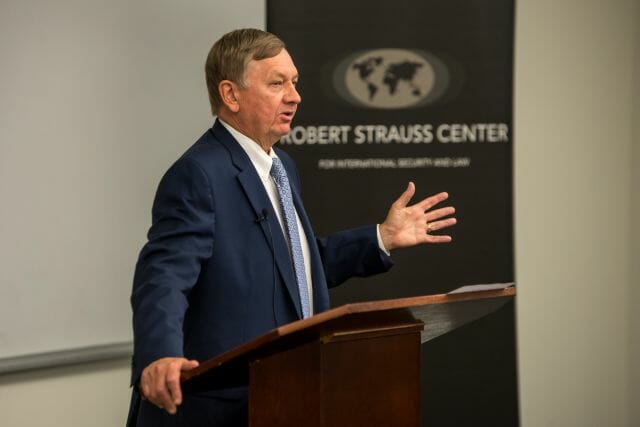 This reticence was heightened by traditional American concerns over government intrusion, particularly the tension between national security and civil liberties. These fears prevented the establishment of a permanent counterintelligence service until the 20th century. The haphazard and begrudging development of counterintelligence meant that once services were established, professional rivalries reduced their effectiveness. 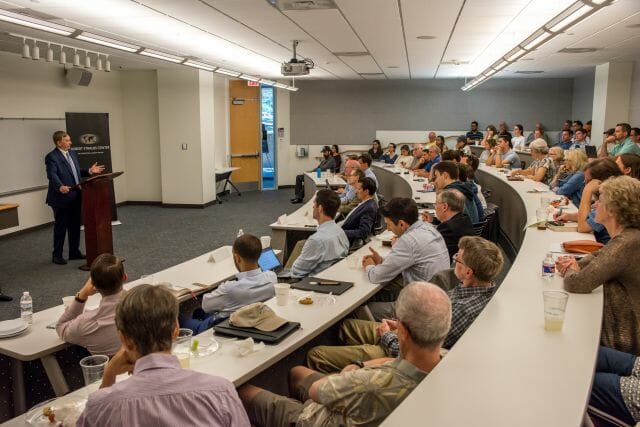 Mr. Sulick took the group through a history of espionage in America, starting with Benedict Arnold up through the present day. The narrative included the poor operational security of naïve early communists, improvements in KGB tradecraft, and the current Chinese grains-of-sand technique that reduces the effectiveness of normal American counterintelligence. Mr. Sulick also raised the history of American witch hunts, intensive search periods which ultimately caused institutional disruption but failed to capture foreign agents in the US. 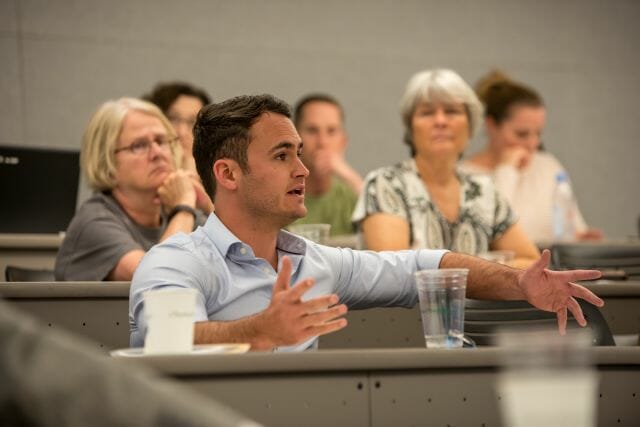 Unsurprisingly, the Q&A turned to questions of Russian hacking. Mr. Sulick addressed the motives behind the attack, suggesting that Putin’s fear of democratic mobilization sparked an intense Russian campaign to discredit American democracy. He also speculated that the campaign may seek targets for traditional espionage down the line, but that the main goal is Russian domestic stability. Mr. Sulick also answered questions about commercial espionage, noting that challenge in addressing it stem from its place at the intersection of public and private affairs. Although there are security implications, basic security measures—and a belief that insiders can engage in or abet espionage—will do more to help a myriad of private companies than Federal help.

Additional photos of the event can be accessed here.