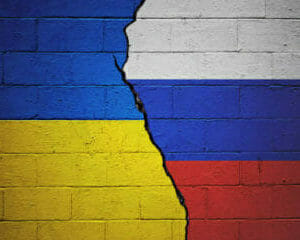 On Monday, March 7, 2022, The University of Texas at Austin’s Center for European Studies, Intelligence Studies Project, Clements Center for National Security, and Strauss Center for International Security and Law hosted a virtual panel discussion focusing on actions taken by European nations, the EU, and NATO in response to Russia’s invasion of Ukraine. The panel of experts discussed this topic and provided their perspectives on implications for regional and international security. Watch the video recording HERE. *You will need to sign in with a Zoom account to access the video.

J. Paul Pope retired from the CIA after multiple foreign tours, service as Chief of Station, and assignments as a Chief, Deputy Chief, and Chief of Ops in the Directorate of Operations’ three largest components. As Chief of Training and Tradecraft Division, he was responsible for DO training, capture of “lessons learned,” and adapting to emerging technical challenges and mission imperatives. He was acting ADNI for Partner Engagement for an extended period and Head of Delegation to NATO’s Civilian Intelligence Committee. Pope was DNI/DCIA Representative to Commander, US Pacific Command and his component commands. Prior to the NCS, he served on the National Intelligence Council for the Near East and South Asia and led an analytic unit in the Directorate of Intelligence. Pope was an Army officer, with service on the Army General Staff after twice commanding at the company level, including command of the only active firebase in the Army on the Korean DMZ. He received his M.A. With Distinction from the Naval Postgraduate School and BS from the United States Military Academy at West Point. He is a Distinguished Graduate of Command and General Staff College and a graduate of the National War College’s CAPSTONE course.

Lorinc Redei joined the LBJ School as a full-time lecturer in 2013, and he now also serves as the graduate adviser for its Global Policy Studies Program. He has previous teaching experience at Southwestern University, and has also worked in the policy world. From 2005 to 2008 and during the spring of 2011, he served as a press officer in the European Parliament, the directly elected legislature of the European Union. He managed relations with the press corps on the Parliament’s activities in the realm of foreign affairs, especially the work of its Foreign Affairs Committee. Redei’s research takes advantage of these experiences. He writes about European politics, the European Union—especially its foreign and security policy—the role of the European Parliament in this field and in parliamentary diplomacy.

Michael W. Mosser is Associate Professor of Instruction at the University of Texas at Austin with a joint appointment in the Department of Government, the Center for European Studies (CES), and the International Relations and Global Studies (IRG) program. He is also Assistant Director of the Center for European Studies (CES) at UT-Austin, as well as a Distinguished Scholar in the Strauss Center for International Security and Law. He teaches courses in European and international security, European environmental policy, comparative and European politics, international organizations, and foreign policy analysis. He is the faculty advisor for the University of Texas at Austin’s “Peace Corps Prep” program, as well as the faculty liaison to the US Department of State’s “Diplomacy Lab” program. He serves on various academic advisory bodies on campus, including as an Ambassador in the Experiential Learning Initiative (ELI) and member of the non-traditional student (NTS) advisory board. He has won multiple awards for his teaching at UT-Austin, most notably being selected as a member of the 2021 “Texas Ten” by the Texas Exes, and the 2016 Raymond Dickson Centennial Endowed Teaching Fellowship.