This year’s conference explored the security challenges the U.S. currently faces and how our national security institutions are positioned to respond. The event convened leading figures from the executive branch, Congress, intelligence community, and academia for high-level discussions on critical strategic questions including cybersecurity, China, Russia, the Middle East, terrorism, and stability operations.

ISP arranged for participation of the following distinguished intelligence professionals:

John E. McLaughlin is the Distinguished Practitioner-in-Residence at the Johns Hopkins School of Advanced International Studies (SAIS) in Washington, DC, where he teaches on foreign affairs and intelligence. Mr. McLaughlin served as Acting Director of Central Intelligence from July to September 2004 and as Deputy Director of Central Intelligence from October 2000 to July 2004. He was a US Army Officer in the 1960s, with service in Vietnam. He is the recipient of numerous awards, including the National Security Medal and is a member of the Council on Foreign Relations. He serves on the Board of Trustees at the Noblis Corporation. He is a frequent commentator on foreign affairs in both the broadcast and print media and writes a regular foreign affairs column at www.ozy.com. 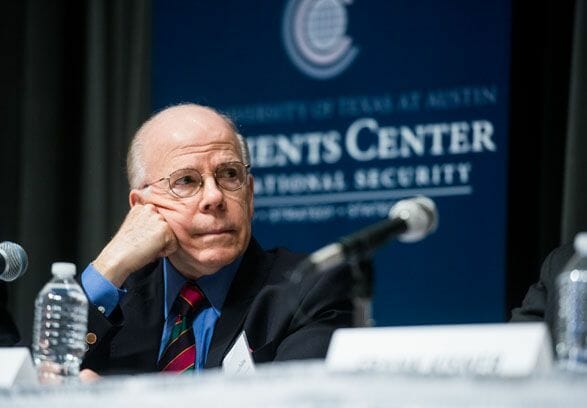 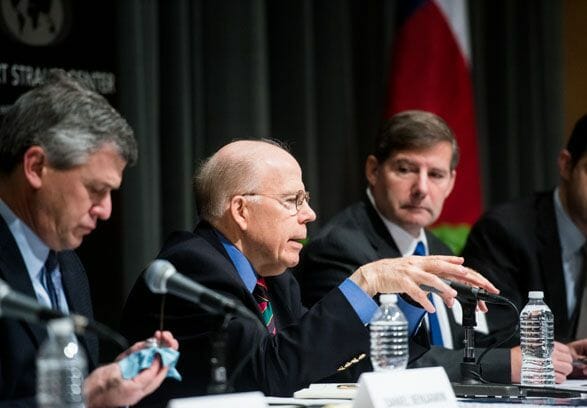 Philip Mudd joined the Central Intelligence Agency in 1985. He joined the CIA’s Counterterrorist Center in 1992 and then served on the National Intelligence Council as the Deputy National Intelligence Officer for the Near East and South Asia (1995-98). Mr. Mudd went on to manage Iraq analysis at the CIA (1999-2001). Mr. Mudd served in 2001 as the Director for Gulf Affairs on the White House National Security Council. He returned to CIA in early 2002 to become second-in-charge of counterterrorism analysis and was promoted to the Deputy Director of the Counterterrorist Center (2003-05). At the establishment of the Federal Bureau of Investigation’s National Security Branch in 2005, FBI Director Mueller appointed Mr. Mudd to serve as the Branch’s deputy director. He later became the FBI’s Senior Intelligence Adviser.
Mr. Mudd is the recipient of the CIA Director’s Award; the George H.W. Bush Award for excellence in counterterrorism; the CIA’s Distinguished Intelligence Medal and the Distinguished Career Intelligence Medal; and the first-ever William Langer Award for excellence in analysis. Mr. Mudd has commented often in Congressional testimony, and he has been featured by ABC, NBC, CBS, CNN, Fox, BBC, MSNBC, al-Jazeera, NPR, The Colbert Report, The Bill Maher Show, the New York Times, and the Washington Post. Mr. Mudd has written in Newsweek, the Wall Street Journal, The Atlantic, Foreign Policy, the Washington Post, and The Daily Beast. Mr. Mudd is a CNN contributor on counterterrorism and national security issues. Mr. Mudd specializes in security consulting; analytic training; and public speaking about security issues. He is an advisor on risk for SouthernSun Asset Management. Mr. Mudd serves in advisory capacities for the National Counterterrorism Center and the Aspen Institute’s Homeland Security Group. Mr. Mudd has written two books: Takedown: Inside the Hunt for al-Qa’da; and The HEAD Game: High Efficiency Analytic Decisionmaking and the Art of Solving Complex Problems Quickly.

Dennis Wilder is a senior officer in the CIA and is currently the Deputy Assistant Director in the newly created East Asia Pacific Mission Center. He is also an adjunct faculty member in the Asian Studies graduate school program at Georgetown University.  From 2004-2009, he served on the National Security Council first as China Director and then as Special Assistant to the President and Senior Director for East Asian Affairs. During his NSC tenure, Wilder organized President Bush’s visits to East Asia, including the President’s visit to Beijing for the 2008 Summer Olympics. After leaving the NSC in 2009, he was a visiting fellow in the John L. Thornton China Center at the Brookings Institution.  From late 2009-2014, he served as the senior reviewer of the President’s Daily Brief produced by the Director of National Intelligence. 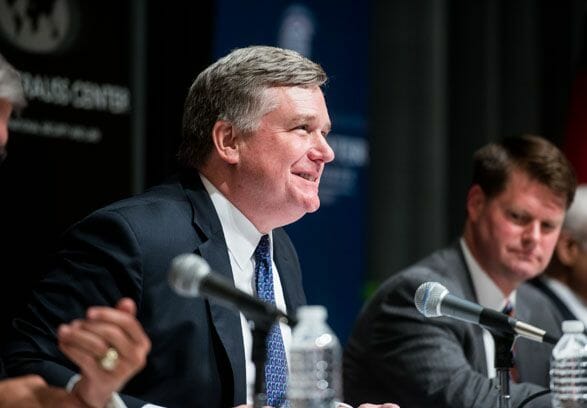 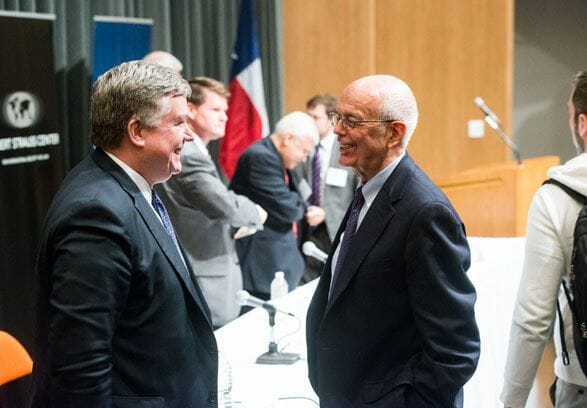