ISP Director on the Nomination of Gina Haspel to Lead CIA 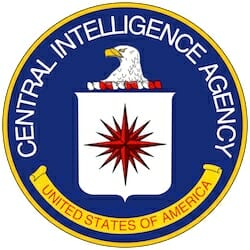 Commenting in the Washington Times on the administration’s announcement that Gina Haspel would be nominated to replace Mike Pompeo as CIA Director, ISP Director Steve Slick said “the nomination of Gina Haspel to replace Pompeo as director is historic on at least two counts.

If confirmed, Haspel would be the first female CIA director, sending a powerful signal to the many accomplished female officers at the CIA.” Slick added “she would also be the first career agency officer with a background in operations to serve as director in more than four decades.”

Regarding claims that Haspel was involved in the extreme interrogation of captured terrorists, Slick noted that the CIA’s former “rendition, detention, and interrogation program remains a source of sharp disagreement even among professional intelligence officers, just as it has been with policy officials and the general public. It is important to remember that this program was authorized by [then-President George W. Bush], confirmed to be lawful by the attorney general, and notified to Congress as required by statute.” The ISP Director said “[t]here should be no bar to future public service by the thousands of CIA officers who worked on or were aware of covert activities like these that were appropriately assigned to the CIA.”

Asked whether the confirmation hearings for Haspel would offer an opportunity to debate these controversial programs, Slick added “[w]hile the country might benefit from detached, balanced debate on the Bush administration’s counterterrorism policies, it is unlikely that the upcoming confirmation hearings will serve that purpose. The increasing partisanship of national security debates, years of sensationalized media coverage, and the bitter aftertaste of the Senate’s earlier flawed inquiry into the agency’s detention and interrogation activities make it unlikely this issue will be addressed responsibly.”

The full text of the Times article are here and here.