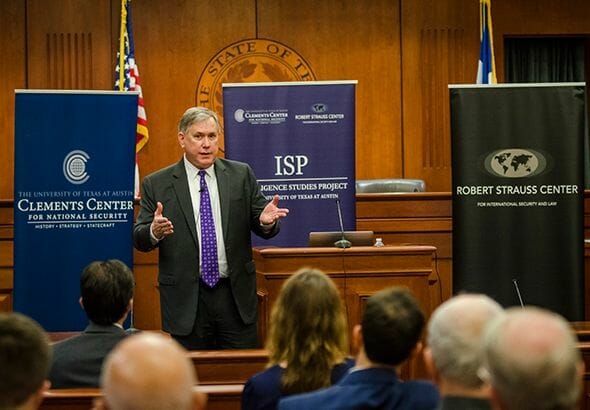 In his role, Mr. Ledgett acts as the agency’s chief operating officer – guiding strategies, setting internal policies, and serving as the principal adviser to the Director. He is an award-winning intelligence professional who, for more than 35 total years, has worked as a collector, analyst, manager, and senior leader. Mr. Ledgett has received numerous honors, including the Presidential Rank Award for Distinguished and Meritorious Service, the National Intelligence Superior Service Medal, and the Exceptional Civilian Service and Meritorious Civilian Service awards.

More photos of this event can be accessed here.

Video of this event can be accessed here and here.

Mr. Ledgett began his talk by describing the role of the NSA in performing intelligence operations and in providing information assurance–protecting U.S. information and information systems. He also spoke on the importance of the shift from operating under the Patriot Act to the USA Freedom Act of 2015, and the Foreign Intelligence Surveillance Act (FISA) Amendments Act of 2008. 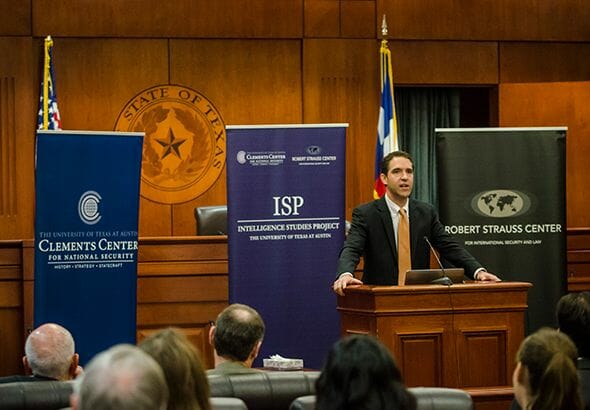 As Mr. Ledgett explained, the Freedom Act requires greater transparency in performing surveillance and increases the requirements for accessing sensitive data. The FISA Amendments Act outlines the targeting of foreign entities overseas using U.S. communications systems. For Mr. Ledgett, FISA is the single most important counter-terrorism tool of the NSA. 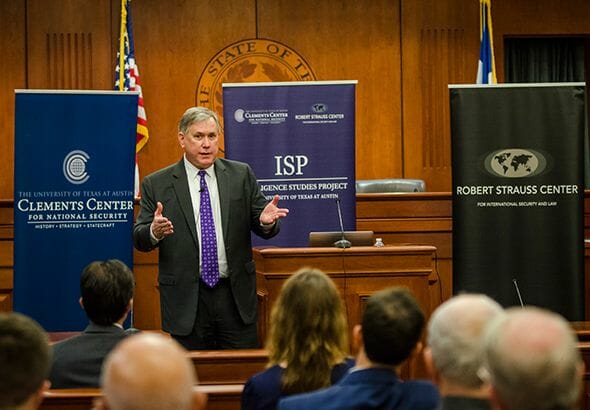 The NSA is constantly adapting to the changes brought forth by increasing communications capabilities and globalization. 20 years ago, NSA targets were using dedicated communications equipment, which made targeting of certain groups and individuals simpler than it is today. Now, communications systems used by targets are also used by the general public worldwide. Communication tools used by persons of interest to the NSA, such as email, are used by large numbers of people, complicating NSA’s targeting. 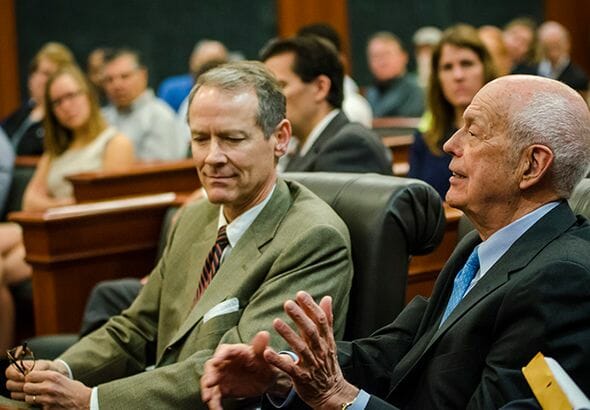 Despite these challenges, Mr. Ledgett believes that the NSA is doing the best signals intelligence it has ever done. To continue excelling, the NSA must keep recruiting intelligent and innovative people, integrate civilian and military assets effectively, and to strive to innovate within an open and transparent process. 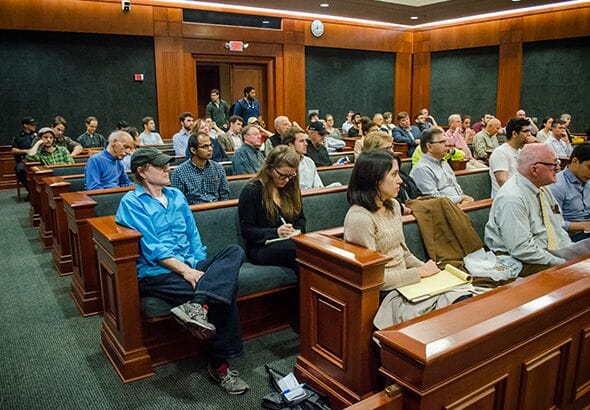