Carmen Medina has served as both Deputy Director for Intelligence at CIA and Director of the Center for the Study of Intelligence for a total of 32 years before her retirement from the CIA in 2010. Currently, Ms. Medina works with Deloitte Consulting to support the Intelligence Community on issues such as social networking and future trends, and mentors Deloitte’s consultants about how to become innovative and independent thinkers. Ms. Medina co-authored Rebels at Work: A Handbook for Leading Change from Within, and also works as a curator, connector, and synthesizer on social networks.

A self-described “heretic”, Medina realized soon after arriving at the Agency that the business model needed rethinking. The intelligence community (IC) needs to think differently about intelligence, said Medina, giving four reasons why. First, the IC’s journalism model of conveying information to policymakers is becoming irrelevant. In the age of open source, she said, intelligence is no longer primarily about secrets, but about useful and actionable confidential information for policy-makers. She believes the journalistic model has persisted because of its suitability for hierarchical control despite this change in the nature of intelligence. 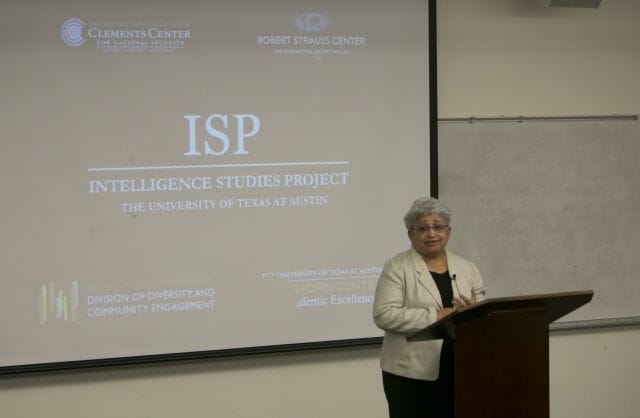 Second, she continued, the IC is fighting modernity, and it will lose. When she began working with the agency, security demands on her lifestyle were modest. When she retired in 2010, Medina said, the gap between how the Agency wanted employees to live their lives and how employees wanted to live their lives was increasingly large. “The IC has hoped social media and smartphones would just go away,” Medina said. The Agency will need to move beyond that attitude to embrace not just social media and smartphone technology, but big data as well. 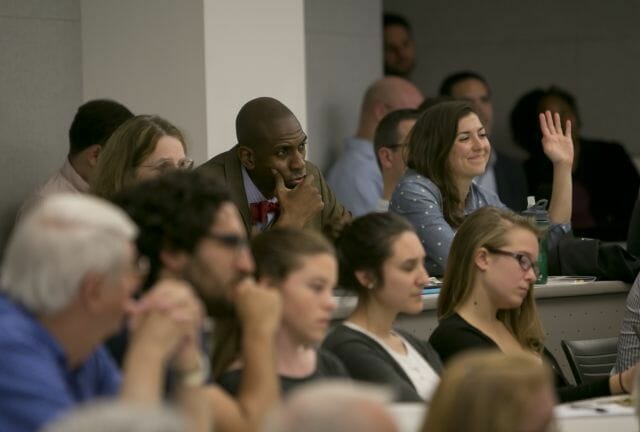 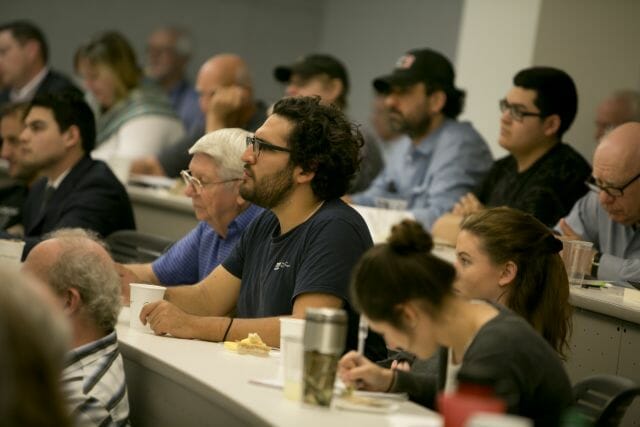 Fourth and finally, Medina proposed that the IC abandon old approaches and adopt new ones. Unpredictability and instability is the new normal, she said, encouraging the audience to look into the Cynefin framework that describes problems as simple, complicated, complex, and chaotic. Most of the best practice solutions, Medina said, respond to simple and complicated problems, but complex and chaotic problems are much more prevalent. 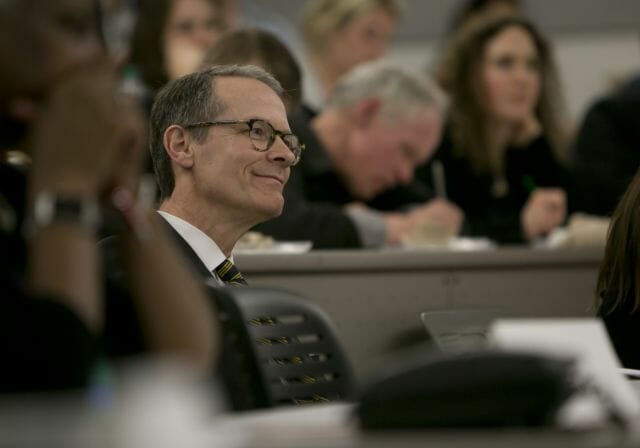 In response to these issues, Medina proposed two solutions. First, she suggested that the next administration develop a smartphone app that can provide useful information quickly while preserving the secrecy of sources. Information up to a secret level could be provided on the secure app, and a visual indicator could alert policy-makers when important information at a higher security level needed to be accessed in a Sensitive Compartmented Information Facility (SCIF). Second, in order to respond to the complexity of the world, Medina said that the IC must recruit the maximum diversity of thought possible. Diversity of thought leads to healthy friction in groups, which causes more deliberation. 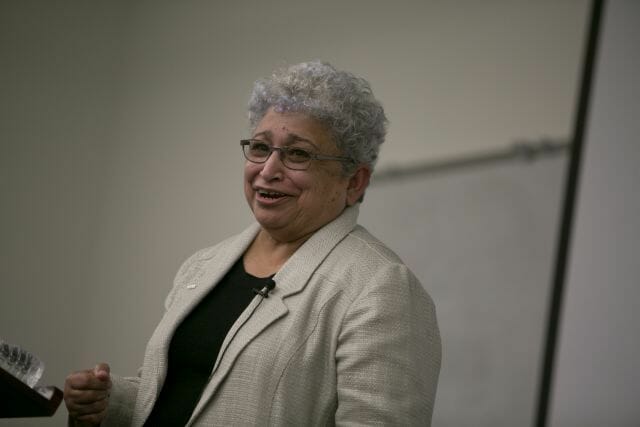 Medina presents a future for the IC that eschews black and white judgments of the world, and instead embraces diversity and modern technology. The intelligence community’s current mission is protecting national security, but Medina proposes a more ambitious goal for the IC: protecting global prosperity.

Video of this event can be accessed here.