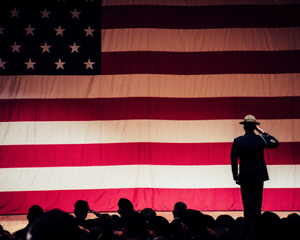 Over 200 students checked into the event and met with agencies throughout the day. A representative from the Army Futures Command commented, “I was pleasantly surprised by the caliber of students we met during the career fair.  They were articulate, confident, and conversant in the essential elements of the intelligence community and its functions. They are certainly a testament to the ISP program and its efforts to prepare our nation’s next generation of national security analysts and leaders.”