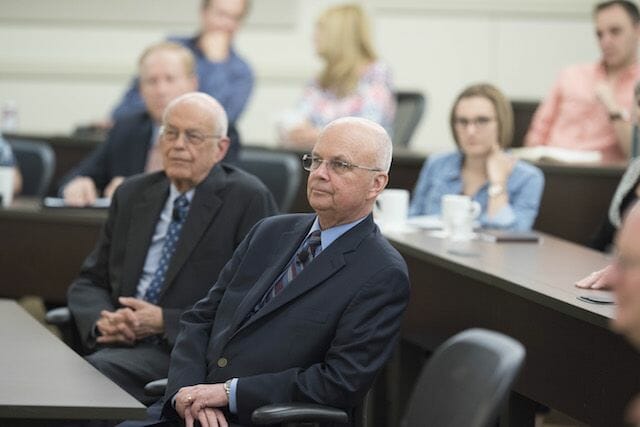 General Hayden began by talking about the role of US intelligence efforts in the war on terror, which is also the subject of his new book, “Playing to the Edge: American Intelligence in the Age of Terror.”  He described how technological advances, the rise of the threat of non-state actors, and a more connected general public have influenced the operations of US intelligence agencies, as well as the new security challenges they address. 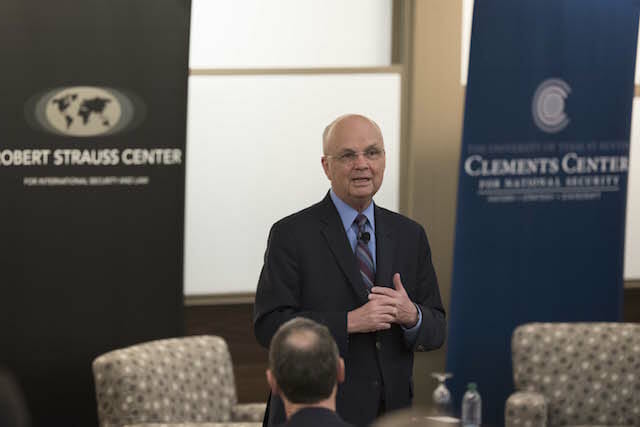 General Hayden and Admiral Inman discussed the history of US intelligence technology and how it has progressed to where it is today, and the fact that the vast majority of the world is connected to each other through new technologies like social media. The Snowden leaks and the NSA/Apple encryption debate were addressed by the two senior intelligence figures. 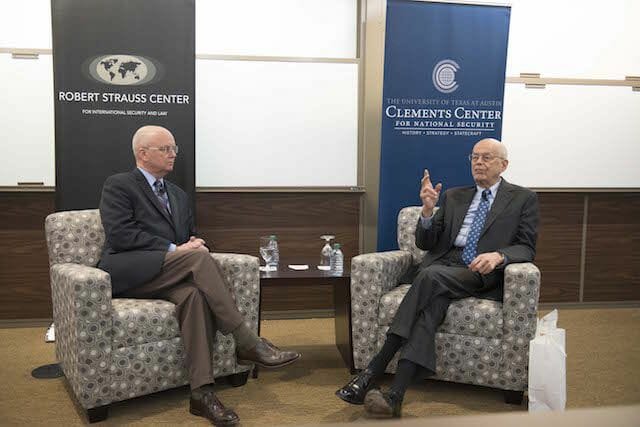 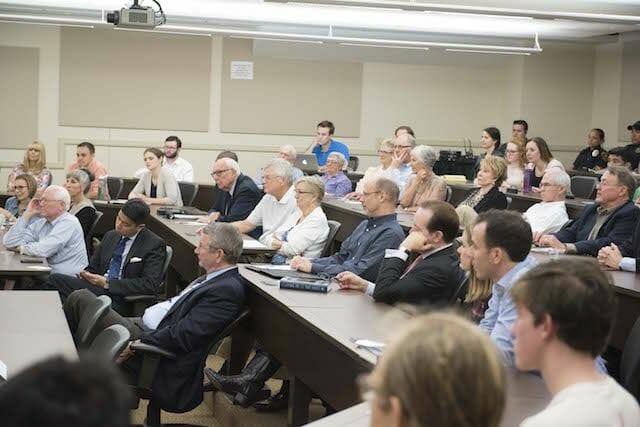 More photos of this event can be accessed here.

General Michael V. Hayden served as the Director of the CIA from 2006-2009, capping a career in service to the United States that included nearly 40 years in the Air Force. From 2005-2006, he was the first Principal Deputy Director of National Intelligence. From 1999-2005, General Hayden served as the Director of the National Security Agency and Chief of the Central Security Services. His new book, “Playing to the Edge: American Intelligence in the Age of Terror“, will be available for purchase at the event.