88 Days to Kandahar: A CIA Diary

On Thursday, April 16, the Intelligence Studies Project at the Strauss and Clements Centers welcomed former Islamabad CIA Station Chief Robert Grenier to discuss his new book, 88 Days to Kandahar. The book tells the story of the initial days following 9/11 in Afghanistan and chronicles the fall of Kandahar and the rise of Hamid Karzai. Grenier was introduced by Intelligence Studies Project Director Steve Slick, who called Grenier one of the most distinguished and respected operations officers of his generation.

In explaining the impetus for his book, Grenier says he has “long wanted to write the story of these extraordinary 88 days,” what he calls the first Afghan war. In the initial days of this war, Grenier was asked to provide instruction and guidance on its conduct, and he urged that any strategy should include Afghans in front. In the long run, Grenier says the objectives of such a war are political: to establish an Afghan government that refuses to provide terrorists safe haven and has the capability to enforce this refusal. 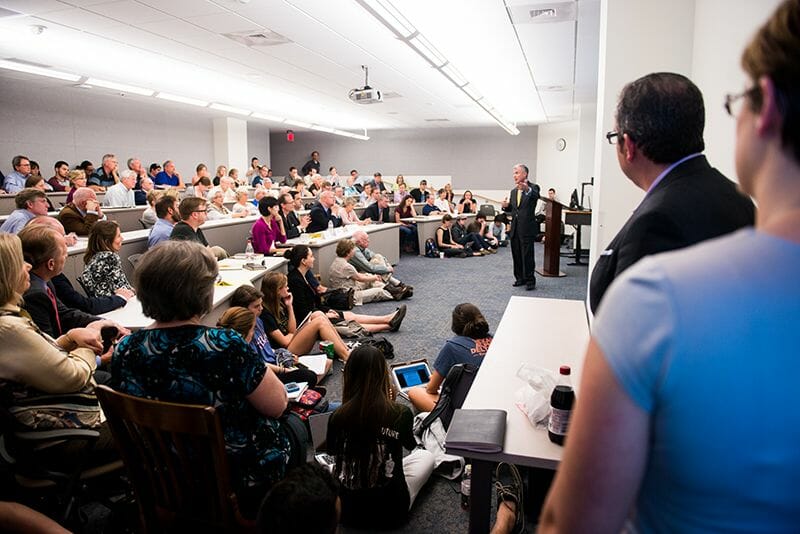 Grenier explains that while Kandahar may have fallen quickly, this early victory was easily won and poorly misunderstood, and proved to be tenuous. Ultimately, as the U.S. shifted focus and resources to Iraq, the situation in Afghanistan deteriorated. In response, the U.S. changed course and support for an Afghan-led strategy was supplanted by U.S. command and control. In light of the worsening security environment, Afghanistan was deemed “too important to be left to the whims of Afghans.” 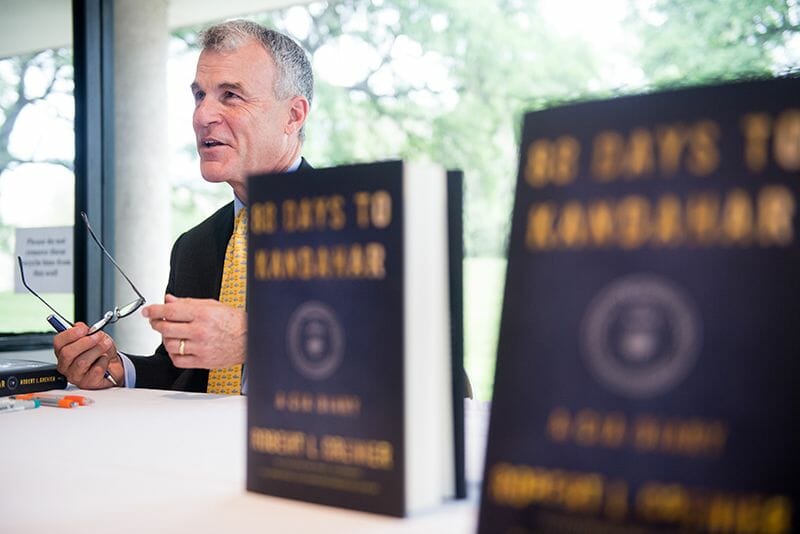 Grenier concludes that the American plans and goals for Afghanistan were driven by unreasonable expectations and ultimately proved to be unsustainable. Grenier says the pace, scope, and magnitude of progress that was expected of a small agrarian country with weak institutions was ultimately unrealistic. However, he argues that more U.S. engagement, not less, is imperative if we are to envision a more positive future for Afghanistan.

Robert L. Grenier had a much decorated, twenty-seven-year career in the CIA’s clandestine service. A renowned Middle East expert, he has been deputy national intelligence officer for the Near East and South Asia. He organized the CIA’s Counter-Proliferation Division and headed the CIA’s basic training facility, “The Farm.” From 1999 to 2002, he was CIA station chief in Islamabad. Subsequently, he was director of the CIA’s CounTerterrorism Center, responsible for all CIA counterterrorism operations around the globe. Currently, Grenier is chairman of ERG Partners, a consulting firm to businesses in the intelligence and security sector.