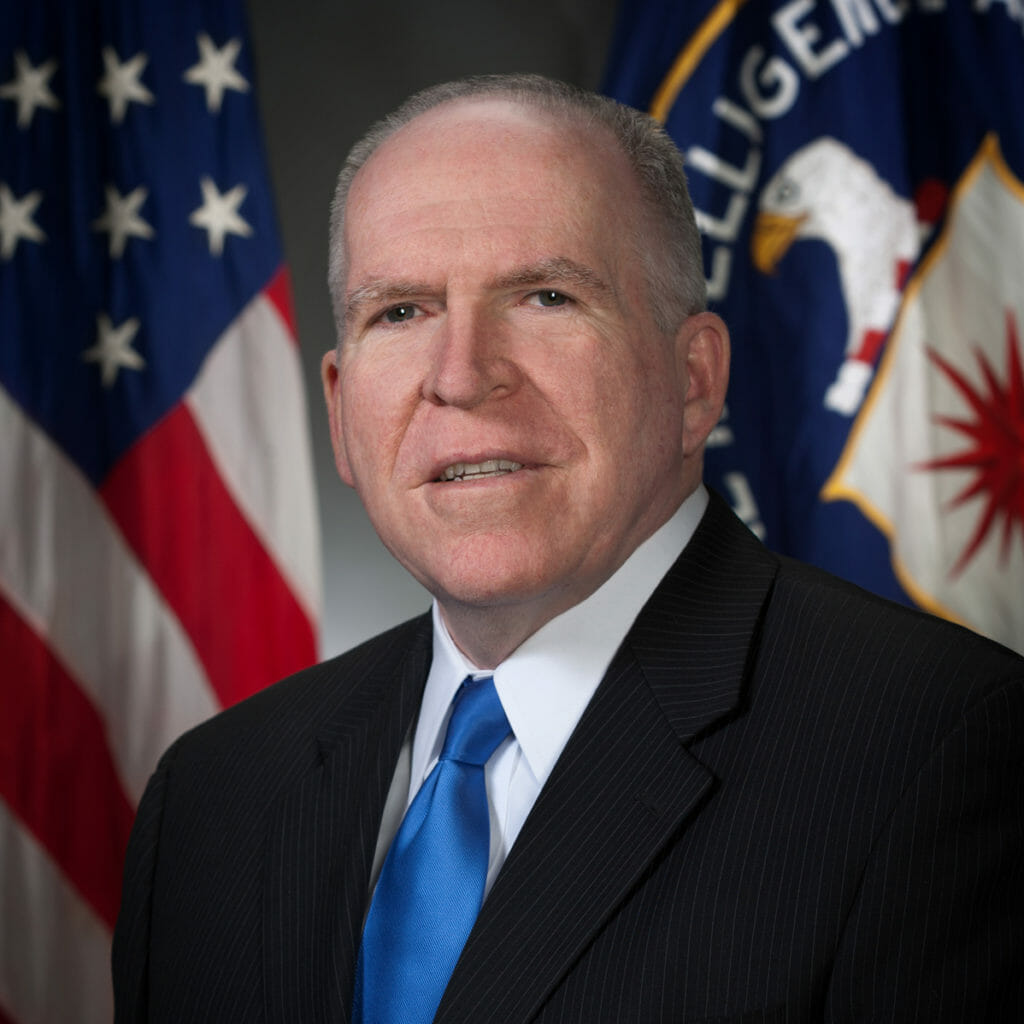 John O. Brennan is the Senior Advisor to the Intelligence Studies Project and a Distinguished Non-Resident Scholar at the University of Texas at Austin. Mr. Brennan was sworn in as Director of the Central Intelligence Agency on March 8, 2013. As Director, he managed intelligence collection, analysis, covert action, counterintelligence, and liaison relationships with foreign intelligence services.

Before becoming Director, Mr. Brennan served at the White House for four years as Assistant to the President for Homeland Security and Counterterrorism. During that time, he advised the President on counterterrorism strategy and helped coordinate the US Government’s approach to homeland security, including its policies for responding to terrorism, cyber-attacks, natural disasters, and pandemics. Mr. Brennan began his service in government at the CIA, where he worked from 1980 to 2005. He spent most of his early career in the Agency’s main analytic arm, the Directorate of Analysis, specializing in the Near East and South Asia before directing counterterrorism analysis in the early 1990s. In 1994 and 1995 he was the Agency’s intelligence briefer to President Bill Clinton.

After an assignment as a Chief of Station in the Middle East, Mr. Brennan served from 1999 to 2001 as Chief of Staff to George Tenet, who was then Director of Central Intelligence. Mr. Brennan next worked as Deputy Executive Director of the CIA until 2003, when he began leading a multi-agency effort to establish what would become the National Counterterrorism Center. In 2004, he became the Center’s Interim Director. After retiring from the CIA in 2005, Mr. Brennan worked in the private sector for three years.

Mr. Brennan graduated from Fordham University in 1977 with a bachelor’s degree in political science. While enrolled at Fordham, he studied abroad at the American University in Cairo in 1975-1976. He later attended the University of Texas at Austin, where in 1980 he earned a master’s degree in government with a concentration in Middle Eastern studies.